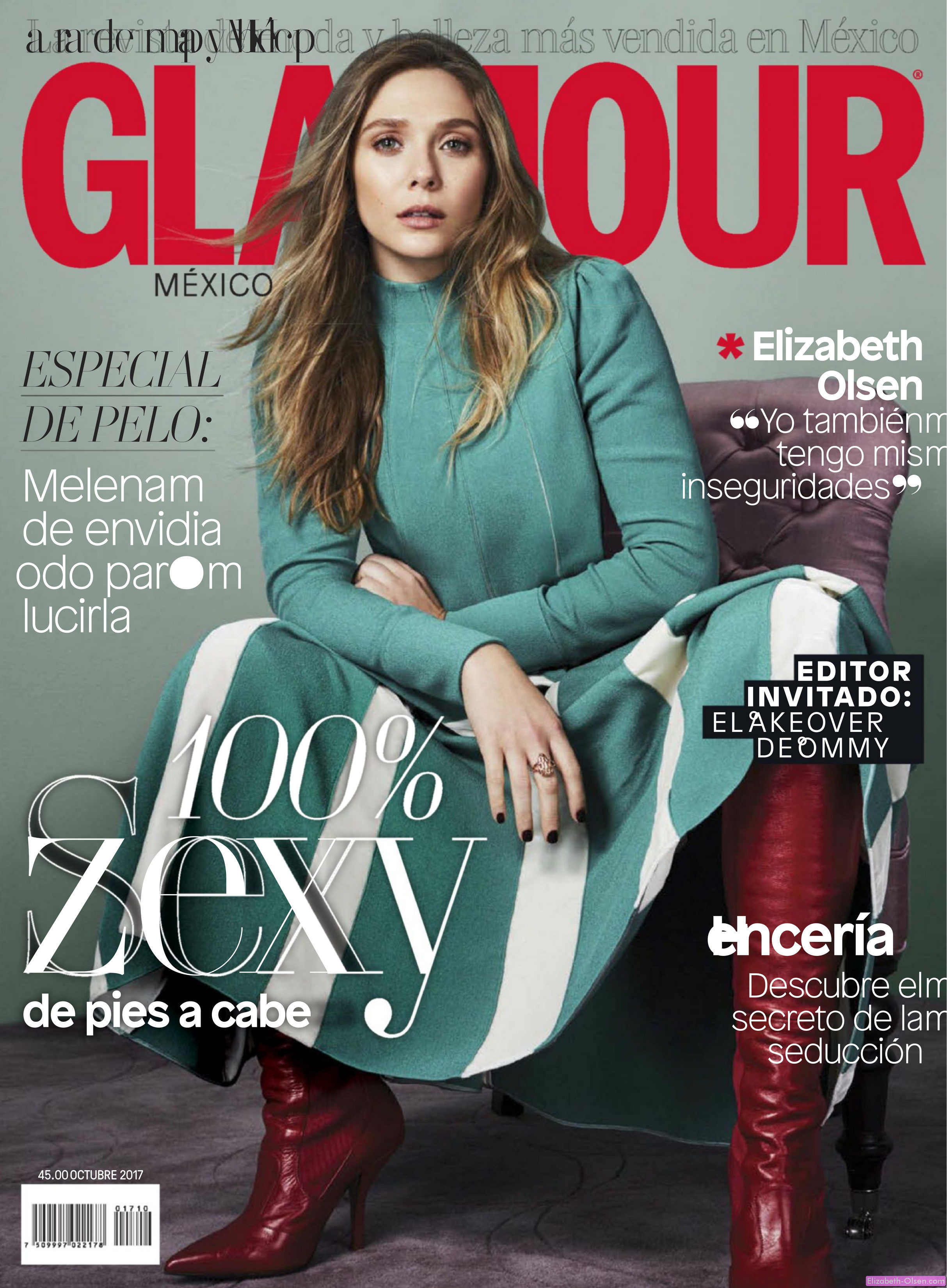 The actress confesses and reveals her professional growth, her love status and how she sees her future.

GLAMOUR MEXICO – From a young age, Elizabeth Olsen has been building her career. Her effort and dedication have been well rewarded by now occupying a very high (and well deserved) place in the industry. Talking to her was as if she had been in a conversation with a childhood friend. Seriously, since she answers honestly, she is a calm, genuine person, and at first glance her intelligence and her talent are noticed.

She is an actress who can move from drama to comedy, transiting through terror and even landing in the area of ​​superheroes, playing Scarlet Witch in the saga of Marvel’s The Avengers (it is a relief to finally see more heroines in that gender). This year she will star in two interesting stories: Ingrid Goes West, next to Aubrey Plaza, and Windriver, a thriller where she acts with Jeremy Renner, also known as Hawkeye, who is also part of The Avengers, whose next installment will be until 2018, with Infinity War.

Elizabeth has been able to shape her path, and her success is envisioned increasingly strong and devastating. While we talk, she confesses that she is very excited about this edition of Glamour. “I’ve never been on a cover in Mexico, so I think it’s great to be with you,” she laughs. Very proud of her achievements and happy for all her projects, this was what the heroine of fiction told us (and in reality).

I try to ignore fame, but you can deal with it in a responsible way.

GLAMOUR: This year looks good to you; you have two movies on the way: Ingrid Goes West and Windriver, could you tell us about them?

END_OF_DOCUMENT_TOKEN_TO_BE_REPLACED

As soon as I get these pictures, article, and scan for this, I will post it! Elizabeth looks very artsy in this shot. 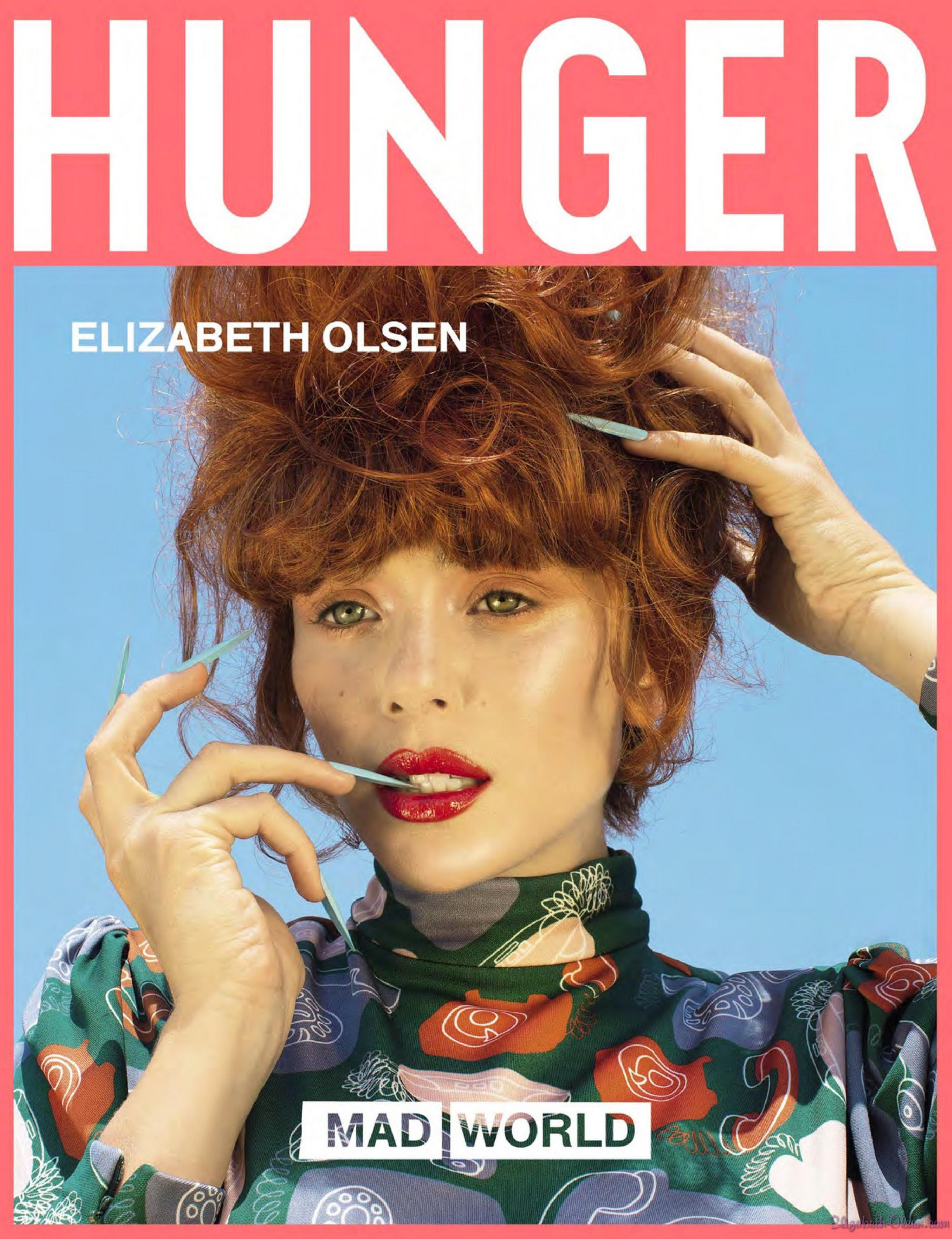 Enter our Mad World with Hunger issue 13. See Dakota Fanning, Elizabeth Olsen and Chadwick Boseman as you’ve never seen them before and interviewed on their careers, life and times.

Inside, see how Rankin and Dakota interpreted this issue’s Mad World theme with an exclusive shoot in the Hunger studio, read as Chadwick Boseman describes cinema’s capacity to heal the deep social divides in the USA and see Elizabeth Olsen in a Hitchcock-inspired editorial shot by Hunger regular and master of subversive surrealism Nadia Lee Cohen.

Sorry, I got busy and fell behind and missed some events. Plus I added over 50 new HQ production stills from Wind River.

Today Elizabeth is in Australia where she attended the NGV Gala. 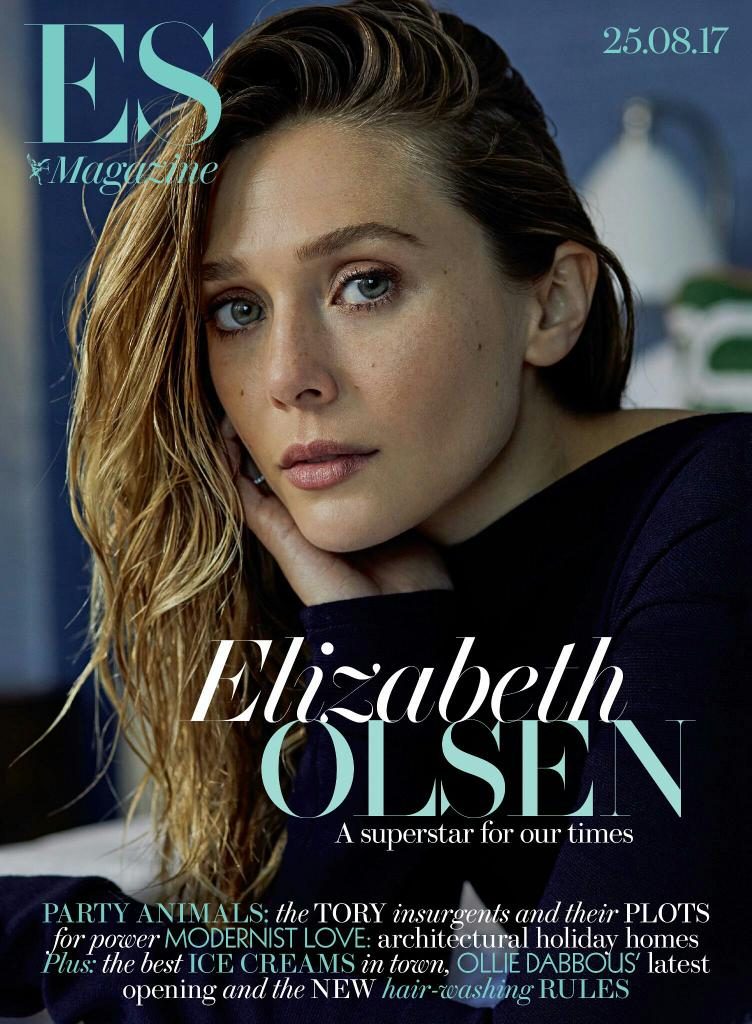 EVENING STANDARD – With her indie flicks and blockbuster roles, Elizabeth Olsen has cultivated the kind of career most actresses dream of. She tells Tiffanie Darke about her famous sisters, her fears for America and how she plans to build her empire

It’s a sweltering day downtown in the Bowery, the sort of humid August heat when it feels like Manhattan is melting. Boys in artful sarongs and beards cruise the sidewalk, girls in high-waisted cut-offs and snapbacks lean against open-air bars. It’s noon, and no one dares move too fast.

But Elizabeth Olsen is not hot. In fact, she says she has frostbite in her fingers. Wearing black Calvin Klein jeans she picked up for $20 in a vintage store, slim black ankle boots and an oversized Altuzarra blouse, she’s been in air-conditioned TV studios doing interviews all morning and needs to defrost. She has asked that we meet in Il Buco, a rustic Italian restaurant with the sort of premium paysan menu you’d recognise from places such as the River Cafe. This, she confides, is her favourite restaurant in New York: ‘My sisters have been bringing me here for my birthday since I was 15.’

Ah yes — her sisters. Mary-Kate and Ashley, the button-cute Disney twins who grew up in the full glare of the public eye, then reinvented themselves as fiercely private fashion entrepreneurs (their label, The Row, is as hot as ever, and they now own high-end concept boutiques in New York and LA). Elizabeth — or Lizzie as she introduces herself — shares their delicate features: blonde locks, Bambi eyes and symmetrical porcelain face. But what’s intriguing about this sister is that she can turn those looks to power.

Six years after she burst on to the scene with a critically acclaimed performance in the indie flick Martha Marcy May Marlene, her carefully chosen roles have included Scarlet Witch in the unstoppable Marvel franchise, Avengers; Audrey Williams, Hank Williams’ wife and manager in the biopic I Saw the Light; and most recently, FBI agent Jane Banner in Wind River, a harrowing story of rape and murder set on a Wyoming Native American reservation, directed by Oscar-nominated Taylor Sheridan.

This is the kind of career about which most actors dream: balancing respected low-budget independents with blockbuster international fame. Olsen, it becomes clear, possesses an acute understanding of how to make the business work for her. Doing films like Avengers ‘allows you to sell a film to investors’, she explains, as she helps herself to black kale salad and slivers of pata negra. ‘It gives you recognition in an international market. You then have more freedom of investors for independent films.’ At 28 she has also finally launched herself on social media, having created an Instagram account last year. Under the guidance of her friend, the comedian and actress Aubrey Plaza, she is using it to simultaneously cultivate her fan base and poke fun at herself (check out Olsen’s ‘Feed me Friday’ posts featuring unflattering paparazzi shots of her eating). But she also has an eye on the prize. Any aspiring actor who wants to pick up a commercial deal needs a sizeable social media following. And those commercial deals give you exactly the sort of fame you need to get those independent film projects off the ground. ‘That’s why George Clooney does Nespresso,’ she explains. So far Olsen has cameoed for Miu Miu, but now she’s ready for something more: ‘People want to be a part of something that’s giving back to something else. I would like to be a part of that because it’s something that I would be proud of. But it’s also something that would help me as an actor trying to get films made.’