At 30 years old, she’s executive producing and starring in an emotionally intense show, while filming a secret new project — and she doesn’t think it’s going to be easy. 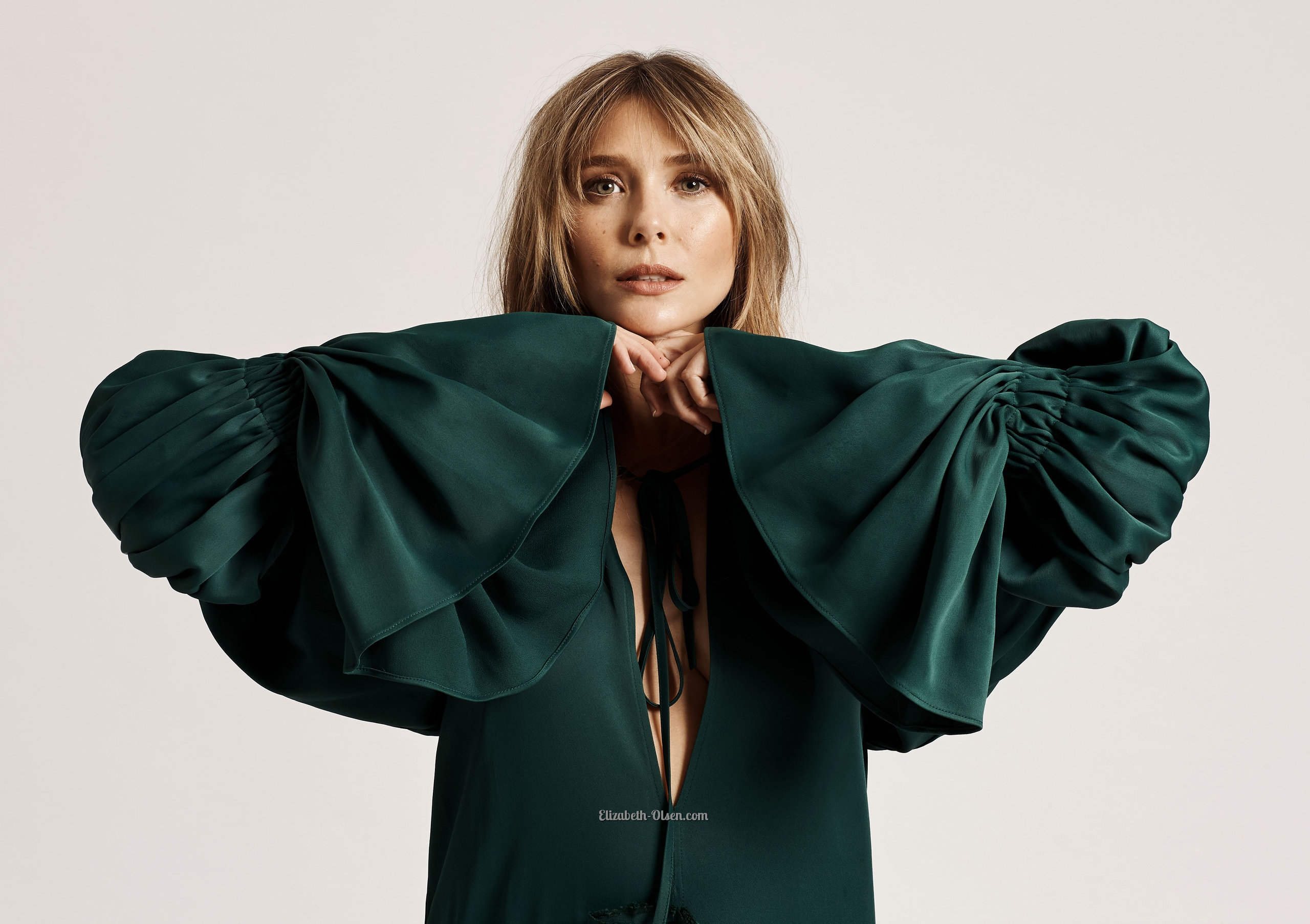 INSTYLE – God damnit!” Elizabeth Olsen is sighing to herself — in an exasperated, this-is-the-last-thing-I-need-today kind of way — on the other end of our phone call. She only has 27 minutes to do this interview during her lunch break, she explains, and her water bottle just rolled under a car. Now, she’s trying to catch it.

The clock is ticking — down to 26 minutes, then to 25 — but I’m not too upset. It’s a relatable moment, and that’s sort of Olsen’s overall vibe. On the set of InStyle’s photoshoot, she reminded me a bit of that girl from high school — the one who was cool, but still friends with everyone. For a moment, you’re able to forget that the actress is related to mega-famous twins, or stars in Marvel movies (plus an upcoming WandaVision TV show), or is an executive producer on her Facebook Watch series, Sorry For Your Loss, in which she also plays the lead.

That last credit is the reason that we’re talking. I recently spent hours sobbing into my phone while watching nearly two seasons of Olsen as Leigh, a young woman experiencing the many stages of grief after the death of her husband. It’s not exactly a lighthearted show, but there are a few funny moments and complicated (yet highly intriguing) love stories.

“We really wanted to focus on the smallest of moments in season one,” Olsen explains, making me recall how Leigh struggled to return to her job or celebrate her birthday. “But in season two, we wanted Leigh to start off in a different place. The thing that I really wanted to work on with Kit [Steinkellner, the show’s writer and creator], was this feeling of momentum and propulsion forward. We try to take bigger risks and make bigger mistakes.”

As someone who is fully caught up on the show — which is currently on season two; a new episode is released every Tuesday — I can confidently say there are a lot of gasp-worthy moments. Risks and mistakes, especially on Leigh’s end, are aplenty.

What wasn’t a mistake, however, was having Olsen work behind the camera on the series, not just in front of. During our call, she talks at length about the experience — how much she enjoys being part of the creative process, from first draft to final cut; how she’s finally confident enough to give honest opinions; how she feels like she’s adding value. People will probably think this is boring, she tells me, but it’s nice to hear how dedicated and passionate the star is.

“It’s exhausting and you don’t get weekends,” she adds, going over her schedule, which lasts 10 months (as opposed to the four it takes to film). “It’s not just memorizing lines or doing your character study. You’re trying to make sure certain outlines sound good for three episodes from now, or that drafts look good, or edits. You give notes on that. It’s a much busier experience then just getting to be an actor, but it’s really fulfilling.”

Yet despite Olsen’s love of her job, she isn’t the type to spend hours in front of the TV.

“I watch a lot of sports, because it’s fall and sports are always on,” she says, shocking me after I ask what shows she likes. Still, Olsen does enjoy a good binge. “I’ve been watching The Sopranos, but I had to take a break because it was giving me nightmares. And I devoured Killing Eve and Fleabag. I loved Game of Thrones and I’m sad it’s gone.”

She then asks if I’ve ever heard of Riverdale (I have), revealing that, somehow, she just found out it existed.

“I’ve never watched it, I just know it’s a thing. And apparently, it’s a very big thing, too.”

Of course, any conversation with an Olsen must include some talk of fashion. The actress describes her everyday style as masculine and oversize.

“Dresses make me feel a bit funny. I’m trying to get more confident with my feminine side,” she tells me. “I just like everything to feel really easy and comfortable. Nothing fussy. I don’t like body-conscious clothing.”

The outfit that she’s wearing during our call — “oversize black cotton pants, a black button-up, and flats” — is what she considers her dream look.

“I feel very comfortable, but I don’t look sloppy. I look like I have a point of view and an opinion.”

With only a few minutes left to talk, I ask Olsen, who turned 30 this year, what she’s learned as she gets older.

“I think I was always trying to distract myself from being still,” she says, reflecting on her younger years. “I feel like I cared about self-improvement in high school and then, in college, I was trying to get too many things done and not being as present as I think I could have been.”

On that ironic note, our interview time is up. Olsen has to rush back to film…something. Unfortunately, she’s unable to say what.

“I’m so sorry that I cursed a bunch at the beginning of our conversation,” she blurts out just before hanging up, explaining the whole water-bottle situation again. I tell her not to worry — it’s happened to all of us — and that I hope her day gets less busy.