The actress talks about juggling “Sorry For Your Loss” with the Marvel juggernaut, while dreaming up her next great adventures. 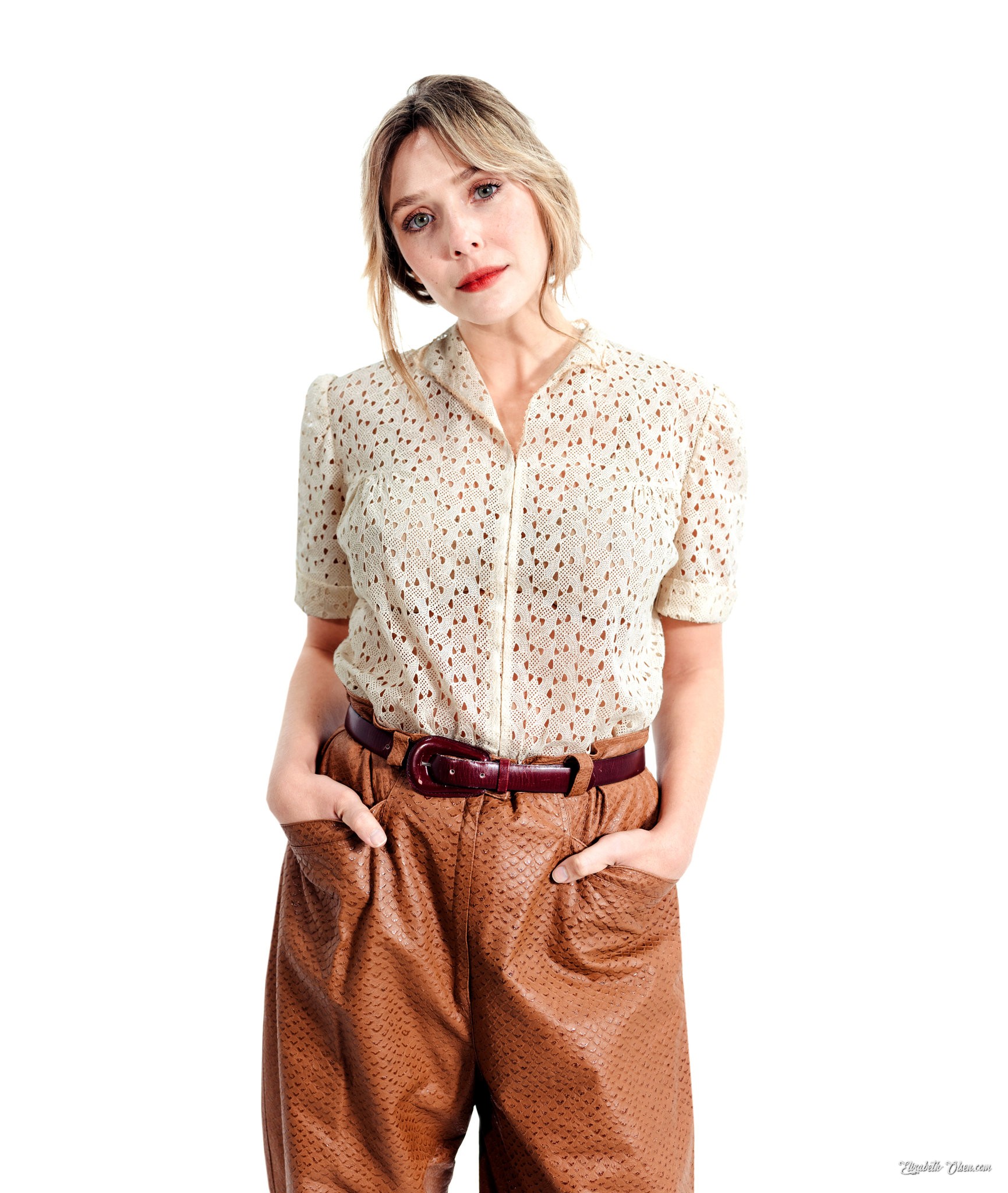 NY Times – One weekend about four years ago, Elizabeth Olsen found herself in the enviable position of having a pile of scripts to read. Just barely into her career — not counting childhood cameos alongside her older sisters, Mary-Kate and Ashley — she’d already raked in indie accolades for “Martha Marcy May Marlene” and ascended into the Marvel universe as Wanda Maximoff, a.k.a. the Scarlet Witch.

But something about Kit Steinkellner’s pilot for “Sorry for Your Loss,” and the role of Leigh Shaw, a young widow mourning the death of her husband, who either fell off a cliff or jumped, captivated her.

“I was doing a bunch of stuff that felt outside of myself, and I really wanted to be a part of something that’s a little bit more close to home,” Olsen said. Better yet, it came with an offer to be an executive producer.

“Sorry for Your Loss” quickly evolved into a critical darling, with James Poniewozik of The New York Times calling it a “quiet gem.” Season 2, now on Facebook Watch, picks up six months after the death of her husband (Mamoudou Athie, still present in flashbacks) as Leigh moves forward with baby steps: getting his comic book published posthumously, skipping grief group to have sex with her Postmates delivery guy. Then there’s the disconcerting fact that her husband’s brother (Jovan Adepo) has fallen in love with her.

Perhaps because of her paparazzi-hounded siblings, celebrity has never been a pursuit for Olsen, 30, who muses about the children she hopes to have with her fiancé, Robbie Arnett of the band Milo Greene.

“I never wanted to have a certain amount of power in the industry,” she said. “I really do love my job, and I’m happy doing just that and the charity I do, and being as private as possible.”

These are edited excerpts from the conversation.

Grief isn’t something most of us long to confront. So why can’t we turn away from Leigh and her story?

I think going through grief, whether it’s losing a parent or a spouse or a best friend, is a really isolating experience. And I feel like we try and be as authentic to the truth as possible. We also try to handle mental illness and addiction the same way. For a show like ours to hopefully make people not feel alone and to feel seen, that’s a special experience. And the thing that’s been interesting with Facebook is that there’s a built-in community for people, if they want it.

Is there any particular experience you find yourself drawing on to tap into her grief?

Yeah. But those are the private world of the worst thing, so you just kind of keep them to yourself and recycle them and use them. I forget who it is — I think it’s Al Pacino who says that every scene he does is with his mother. It’s like some version of that. [Laughs]

And now you’re getting your own Marvel show, “WandaVision,” on Disney Plus alongside Paul Bettany as Vision. What can you divulge?

“WandaVision” is such an incredible concept. It’s the first time we get to understand her as the Scarlet Witch that she is in the comics, and that’s exciting for me, because I haven’t yet been able to give her that time onscreen. So that’s going to be fun. She’s always been a representation of mental health and illness in the comic book series, and her major role is handling that stigma within Marvel.

I have to admit that I’m sort of a Marvel illiterate. Where does Vision come into all this?

That I can’t answer, because he died in the last movie. I’m sorry. [Laughs] I know you wouldn’t care. I tell my friends, but I can’t tell you. They’re like you — they know nothing, so I just tell them everything because it doesn’t matter. I know it will go nowhere.

“WandaVision” is also a tie-in to the next “Doctor Strange,” in which you’ll star with Benedict Cumberbatch. Can you explain?

“Doctor Strange” I don’t know too much about, because it’s still kind of early. And then after that I would really love to do a five- or six-week independent film, with a beginning and an end.

When you sign on as a Marvel character, do they monitor the kind of shape you’re in?

The thing that’s amazing about Marvel is that they never as producers tell anyone to get into any kind of physical shape. They don’t have expectations of you being thin or strong. They just assume that if you think your character needs that, that you will do that. It’s not something that they hold over you. I literally asked [Kevin Feige, the president of Marvel Studios] at one point, “So when can I have kids? When can I be pregnant?” And he goes, “Live your life, and we’ll work around it.” I don’t think it’s happening within the next five years, but it’s something I’m really excited for.

In “Ingrid Goes West,” you played an influencer before that even seemed to be a thing. Do you ever feel like you paved the way?

Yeah, it was really weird — like six months later. It was all just happening so fast. The funniest thing for my friends with that movie was that I am social-media illiterate. I now have an Instagram because I saw it as a business opportunity and leaned into it. And I’m so ready to get rid of it when I’m allowed to in my contract [as an ambassador for Bobbi Brown]. But for right now it’s fine. It was really that movie where I was like, Huh, I guess I could see this as a business opportunity. I didn’t understand it at all, and now it’s a legitimate career, I guess.

I was following interior designers and I got into pottery people from all over the world, and it was amazing to watch their videos and their techniques. I got a lot of good tips, and I started to like it too much, so I actually unfollowed everybody, including my friends. I just thought that if I unfollowed, I’d have to be more conscious of the content I want to take in.

What’s it like toggling between indie films and Marvel?

I really love working for Marvel. But the time part of it requires you to not be available for certain things, and that’s been heartbreaking. I think work is exciting as I get older. I’ve never really felt like a 20-year-old onscreen, and I’ve always felt excited to age. But when it comes to a career trajectory, I also really admire people who have lived many different lives in a lifetime, and I do want to play around with that. I have a lot of things I would like to do in my life, and it’s not just based in acting.

I would love to get into more design things. I would love to go to school for architecture. I would love to flip homes. I would love to be a store owner. I’d love to live in a small town. It’s all based off people I’ve met, and I’m like, If you did that, I can do that. I just think about creating as healthy of a life as possible, and about kids and where should they grow up. I love thinking about all of that. 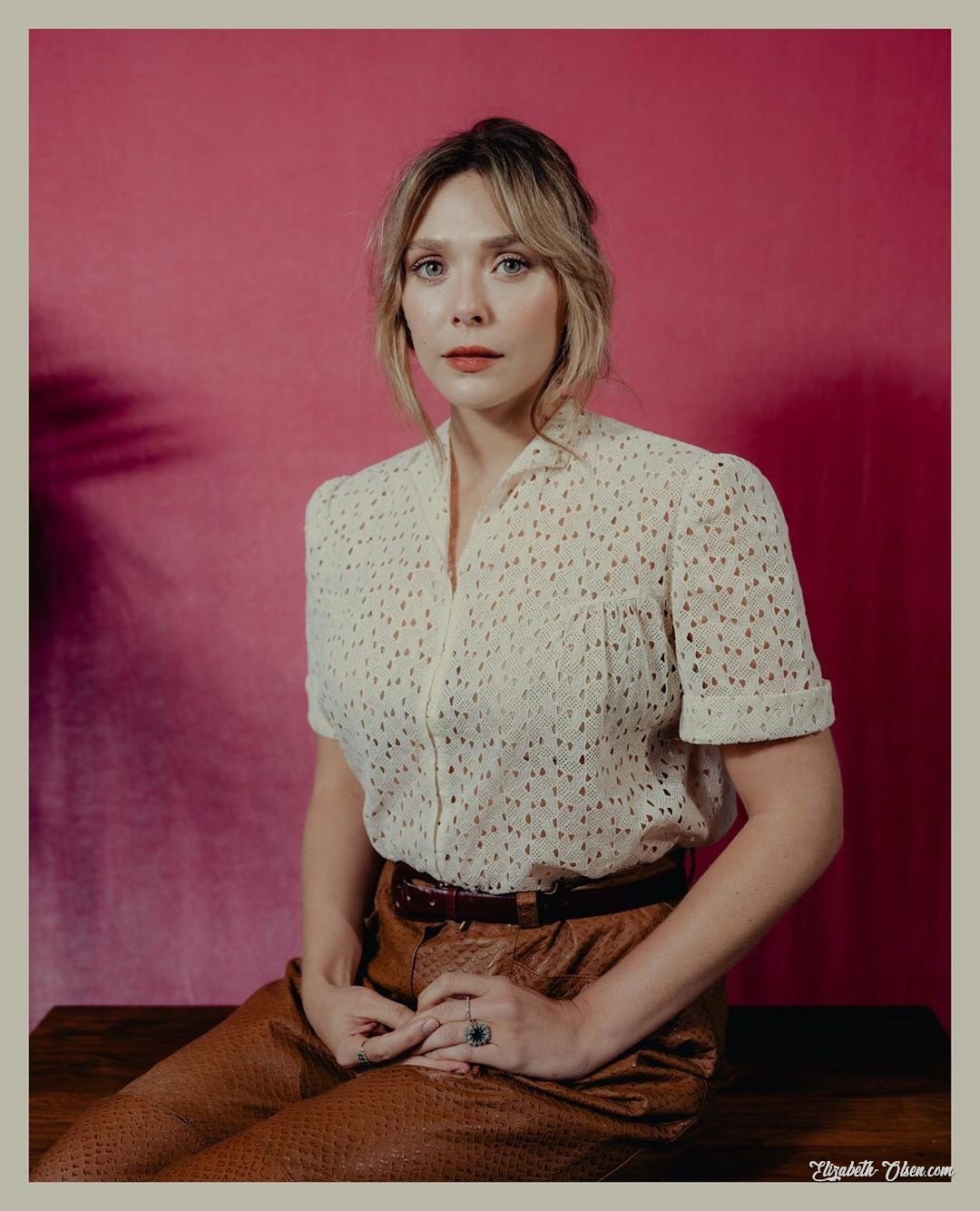 How Elizabeth Olsen is Making a Name For Herself

Gallery: Photoshoot Additions and “Sorry For Your Loss” and Talk Show Screencaps