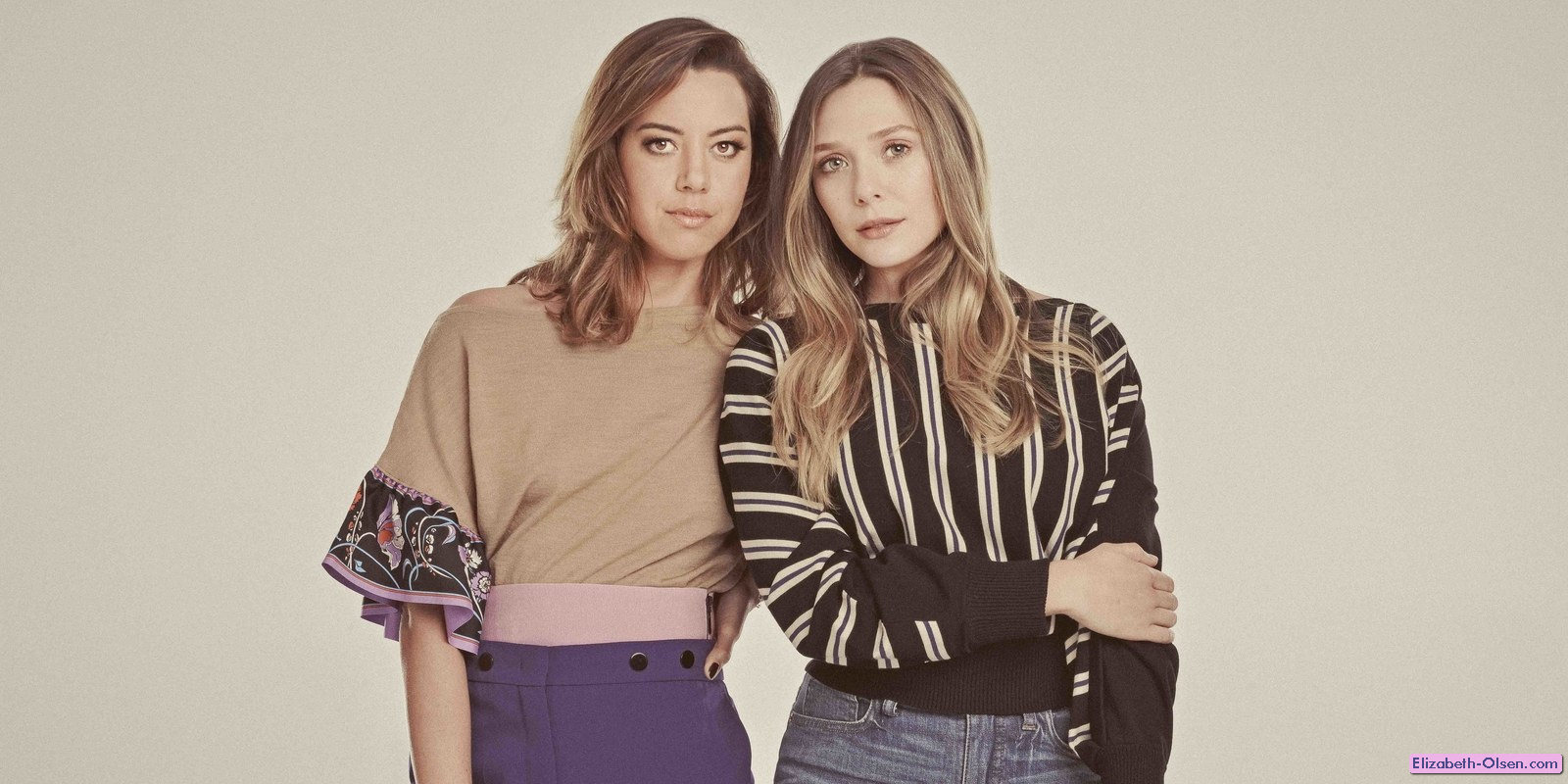 W MAGAZINE – id-way through Ingrid Goes West, the so-called “Instagram” movie that premiered to rave reviews at the Sundance Film Festival in January and will finally hit theaters on Friday, Aubrey Plaza, mid-carpool karaoke—and to K-Ci & JoJo, no less—shoots a glance at Elizabeth Olsen that sticks with you long past the credits. It’s a look of equal parts envy, lust, desperation, and infatuation—in a word, it’s unhinged. And it’s what makes Ingrid Goes West one of the summer’s most captivating movies.

In the film, Plaza plays the titular Ingrid, a fragile and arguably deranged twenty-something who finds her calling after the death of her mother. In her copious free time she turns to Instagram to pass the hours, stumbling upon what will soon become an all-encompassing obsession: Olsen’s Taylor Sloane, a seemingly perfect, blonde-haired, blue-eyed, California-living, avocado toast-loving Instagram star. And so Ingrid goes West, to meet Taylor and get a piece of that social media bliss for herself. As you might guess, hijinks ensue—both slapstick for the Millennial set (at one point Plaza attempts to diffuse an awkward situation by screaming “I brought rosé!”, and it works) and unexpectedly dark (blackmail; attempted murder).

The relationship between Ingrid and Taylor is a tenuous one, powered by iPhone battery life and Valencia filters that, like Ingrid’s gaze, will leave you feeling uneasy. Plaza and Olsen IRL, however, is another story. Nine months after the film’s Sundance debut, and countless photo ops (including one particularly ingenious red carpet ‘who wore it better’ moment), late night interviews, and yes, Instagram posts, the pair has an easy rapport, fueled by a similarly quiet wit and general affection for their joint project. Sitting together on a secluded bench just outside a bustling photo studio, the pair frequently broke off a conversation about the film for quick asides and playful bickering among themselves (and, no, Plaza does not hate Girls Trip). It was all-too-easy to just sit back and passively observe, à la Ingrid scrolling through Taylor’s feed—albeit, hopefully in a much less creepy fashion. Here, the pair talks about their new film, embracing social media, and the specificity of Los Angeles vocal fry.

How did you first find this project?

END_OF_DOCUMENT_TOKEN_TO_BE_REPLACED 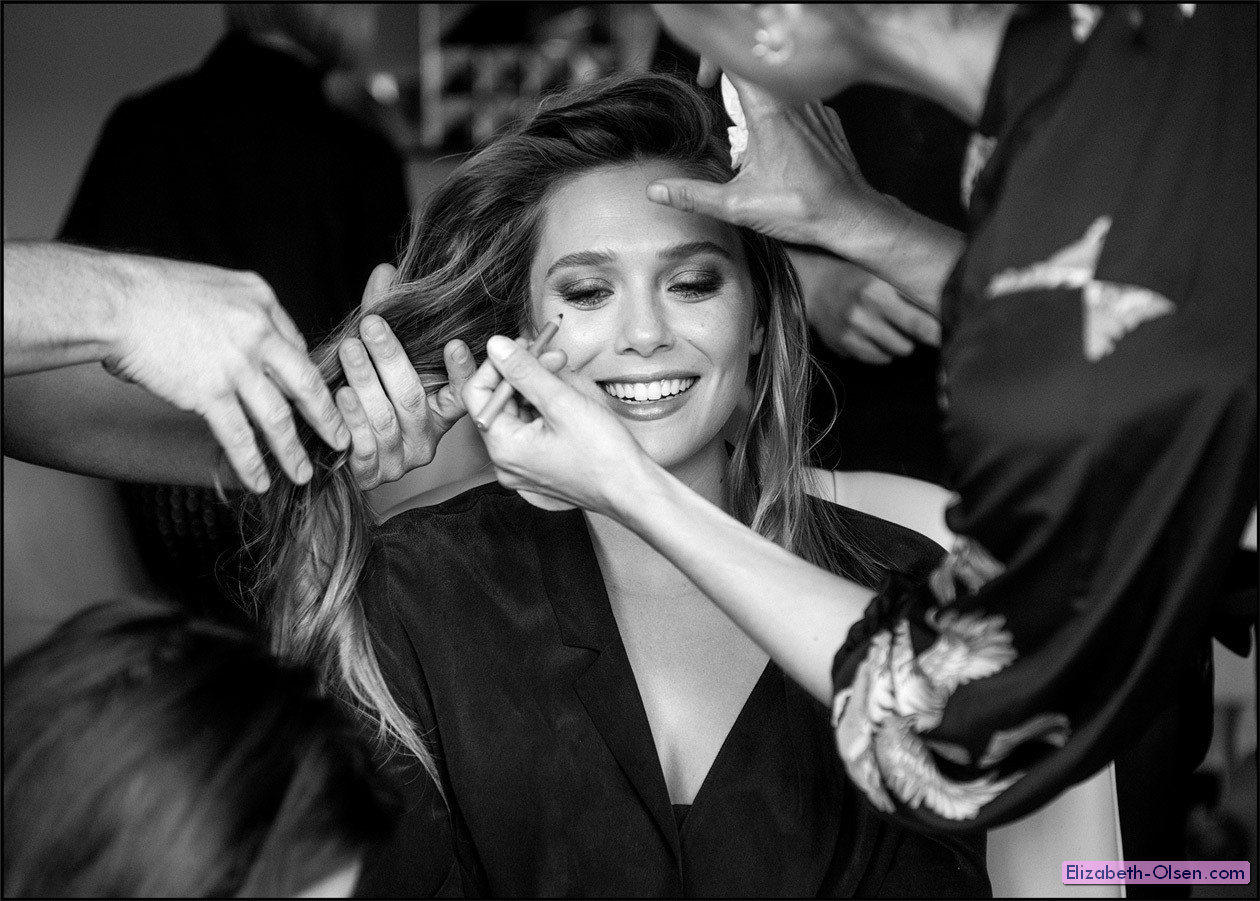 VIOLET GREY – Two back-to-back movies premieres. For most actors, this would be a chore. But the atmosphere in Elizabeth Olsen’s suite at the Four Seasons Beverly Hills is decidedly unserious and buoyant. The focal point of the good energy (and the gales of laughter) is Olsen herself, who seems supernaturally good-humored. When pressed—doesn’t this just feel like work?—she protests vigorously. “I actually really love doing my hair and makeup,” she says, “I think it’s really fun.”

It helps that the young actress has a beauty team—makeup artist Gita Bass, hairstylist Mark Townsend, nail artist Michelle Saunders and stylist Sara Slutzsky—that functions more like a group of close-knit friends than professional acquaintances. “I’ll ask them about everything they’re using,” says Olsen of her team, “They usually have multiples of things and give them to me—which is really generous.” She lets out a knowing laugh and jokes, “I just steal from them!”

Another reason for the celebratory vibes: this is inarguably a big moment for Olsen. Her performances in two upcoming films—Ingrid Goes West, a tart commentary on contemporary social media mores, and Wind River, a tense thriller set on an Indian reservation—have garnered the type of critical buzz that typically presages award season recognition. It’s not hyperbolic to expect that, within the next few months, Olsen will be vaulted into another league of stardom.

VIOLET GREY joined Olsen and her team before the Los Angeles premiere of Wind River to get her take on snowmobiles, Uber, mixed drinks and quote-unquote “sexy makeup”.

END_OF_DOCUMENT_TOKEN_TO_BE_REPLACED

This is just the first batch of photos. More will be added as they become available!